Finding Personal Injury Compensation in the Nick of Time

Finding Personal Injury Compensation in the Nick of Time

In almost all personal injury cases, victims are paid without ever having to set foot in a courtroom. Settlements allow victims to be compensated and skip the entire court process. That way of being paid takes considerably less time and is relatively stress-free compared to filing a lawsuit. Sometimes, the other side is not as cooperative as they should be and settlement talks break down. When that happens, your personal injury lawyer may have to file suit. That doesn't mean, though, that you will necessarily end up in court. Read on to find out about getting personal injury compensation in the nick of time.

Why Didn't the Case Settle?

As long as you are not at fault, you are almost sure to be offered a settlement from the at-fault driver's insurance company. Accident victims, though, are often offered far too small of a settlement to take seriously. Your first job is to find out how much you should get for the accident by talking to a personal injury lawyer. The reasons why your case did not settle may come down to an issue of fault or a dispute about your damages. Damages mean things like medical expenses, lost wages, and pain and suffering. Keeping in mind that cases can continue to be negotiated and settled even after the court case has begun, your best opportunity to be offered a decent settlement might be during or after a pretrial action called the deposition.

The Deposition: Bringing Evidence to Light

A deposition is just one of many parts of the pretrial process known as discovery. Discovery not only brings evidence to the attention of the other side but also includes the testimony of the victim and other witnesses. Witnesses can be eye-witnesses or they might be expert witnesses. Either way, this testimony might prompt the other side to reconsider what could occur if the case were to go to trial. Another illuminating aspect of the deposition is the way you and other deponents behave when being questioned. The believability and personality of the victim along with the sympathy factor play a huge role in awarding damages. There is always the chance that the judge and jury will award the victim all they are asking for if the case comes to trial.

If you get as far as filing a lawsuit, you may still settle your case. Speak to a personal injury lawyer and find out how much you are entitled to before you accept a low offer. 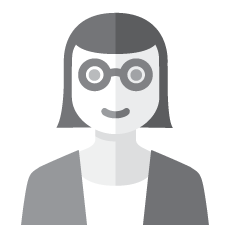